Paris of Indonesia: a travelogue 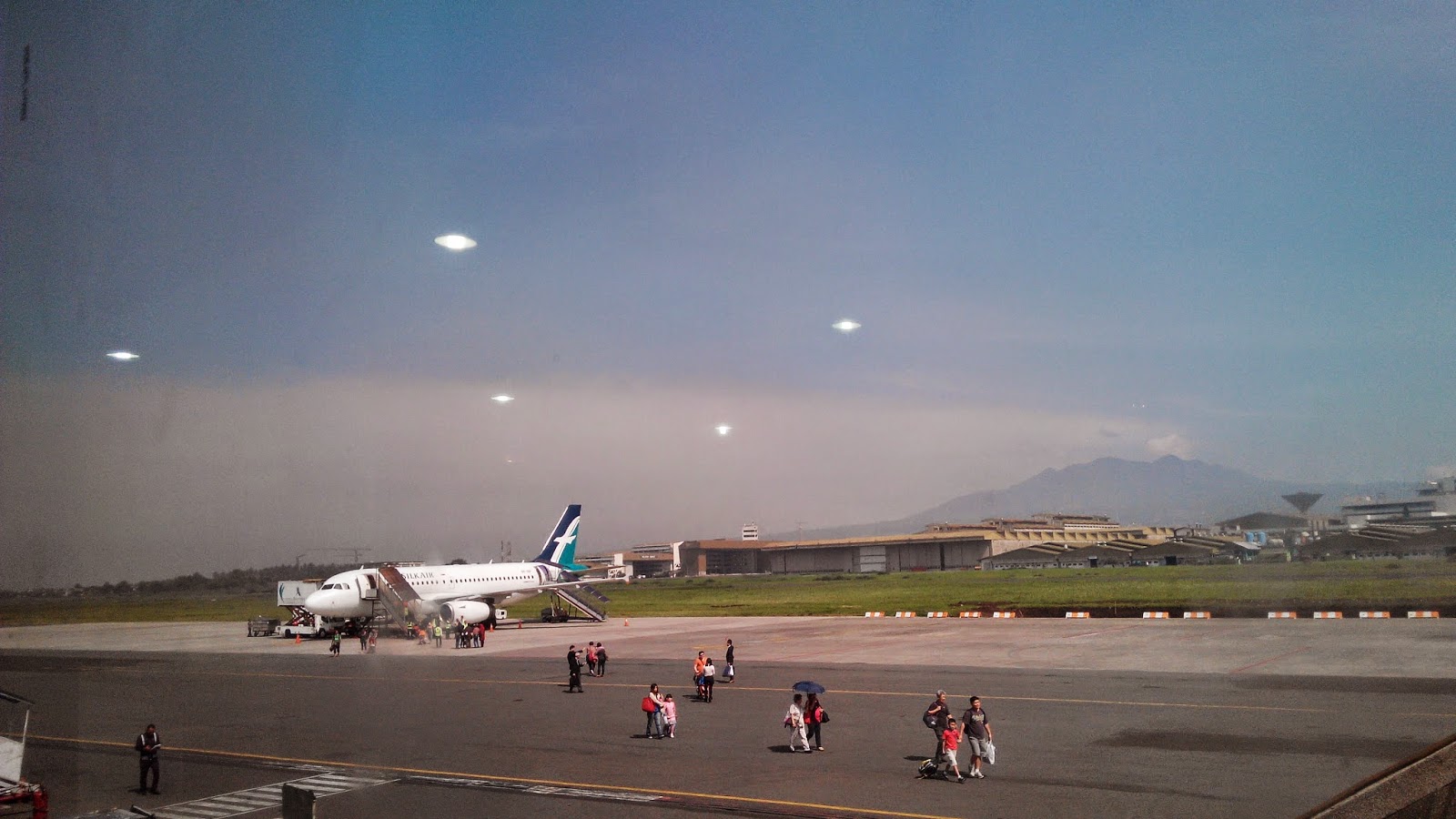 At the baggage collection area smaller than the size of a classroom, we waited almost anxiously for the first baggage to appear. We had just walked across the aeroplane runway, somewhat amazed at how small the airport was. As the baggage started coming in, a biggish tired-looking chap started helping the service officer to unload them. My heart warmed at the sight of other travelers giving a hand to move the luggage along the conveyer belt. 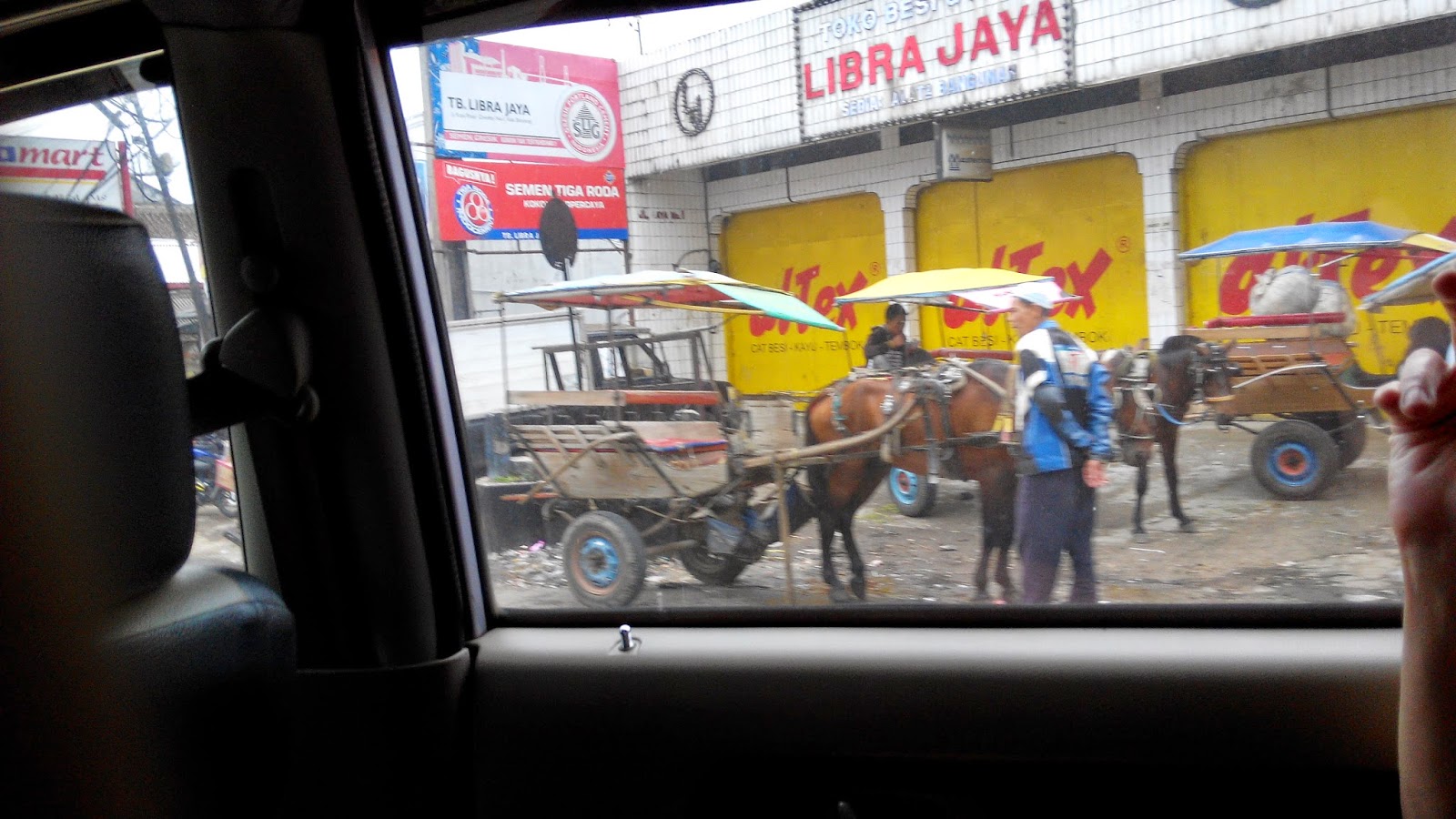 This would begin my 4-day stay in Bandung, where smiles are common and the locals ever so polite. There are hardly any traffic lights in the third largest city of Indonesia but there is order amidst the seeming chaos. Drivers honk to give way and signal to other drivers, not in anger. As our driver Saifu weaved in and out of the maze of streets, we looked in awe as horses bearing people in carriages clopped alongside motorbikes and cars. An alternative mode of getting around, traveling by horse carriages cost around $10 000-$15 000 RP according to Saifu. I badly wanted to try it but we couldn't fit this into our plans.

Saifu probably thought that as Singaporeans, we love shopping. Our first day was spent at no less than 5 factory outlets selling mostly clothes at really cheap prices, ending with pretty good ramen (Ramen 38 TSM) at Cihampelas Walk. Cihampelas Walk is a shopping mall that would feel familiar to most Singaporeans, with chains like Baskin Robbins and Coffeebean. We were spoilt for choices during dinner with Japanese, Korean, Chinese and even Thai cuisine to choose from. 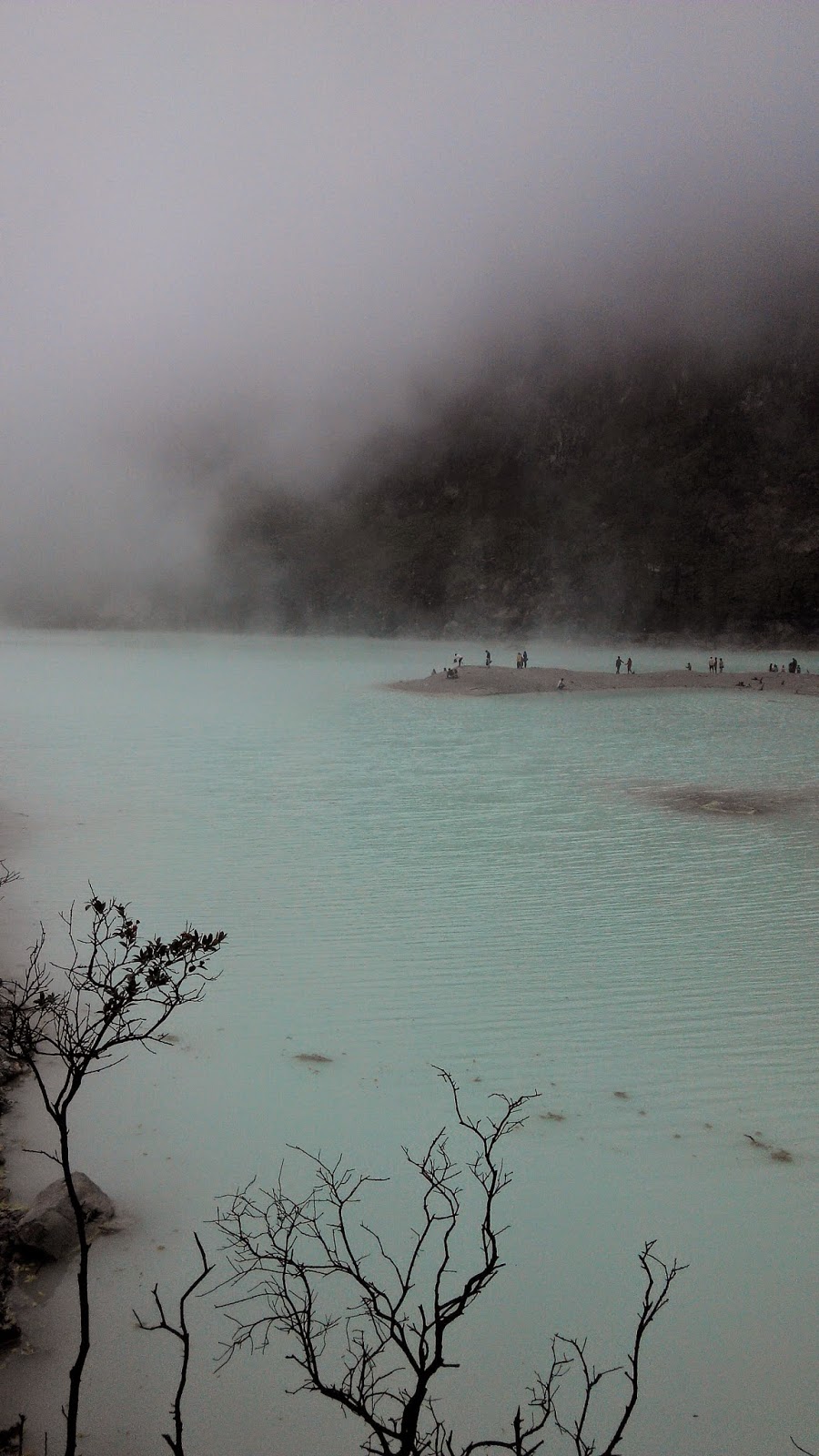 The highlight of Day 2 was crater lake Kawah Putih. Admission which was priced at $30 000 RP (around $3.00 SGD) gave us entrance into a still blue lake surrounded by mist. After we were satisfied with the shots taken, we left the lake to hunt for street food in the surrounding area where there were vendors selling tahu goreng (fried tofu), ayam soto (yellow spicy chicken soup) and other small bites. 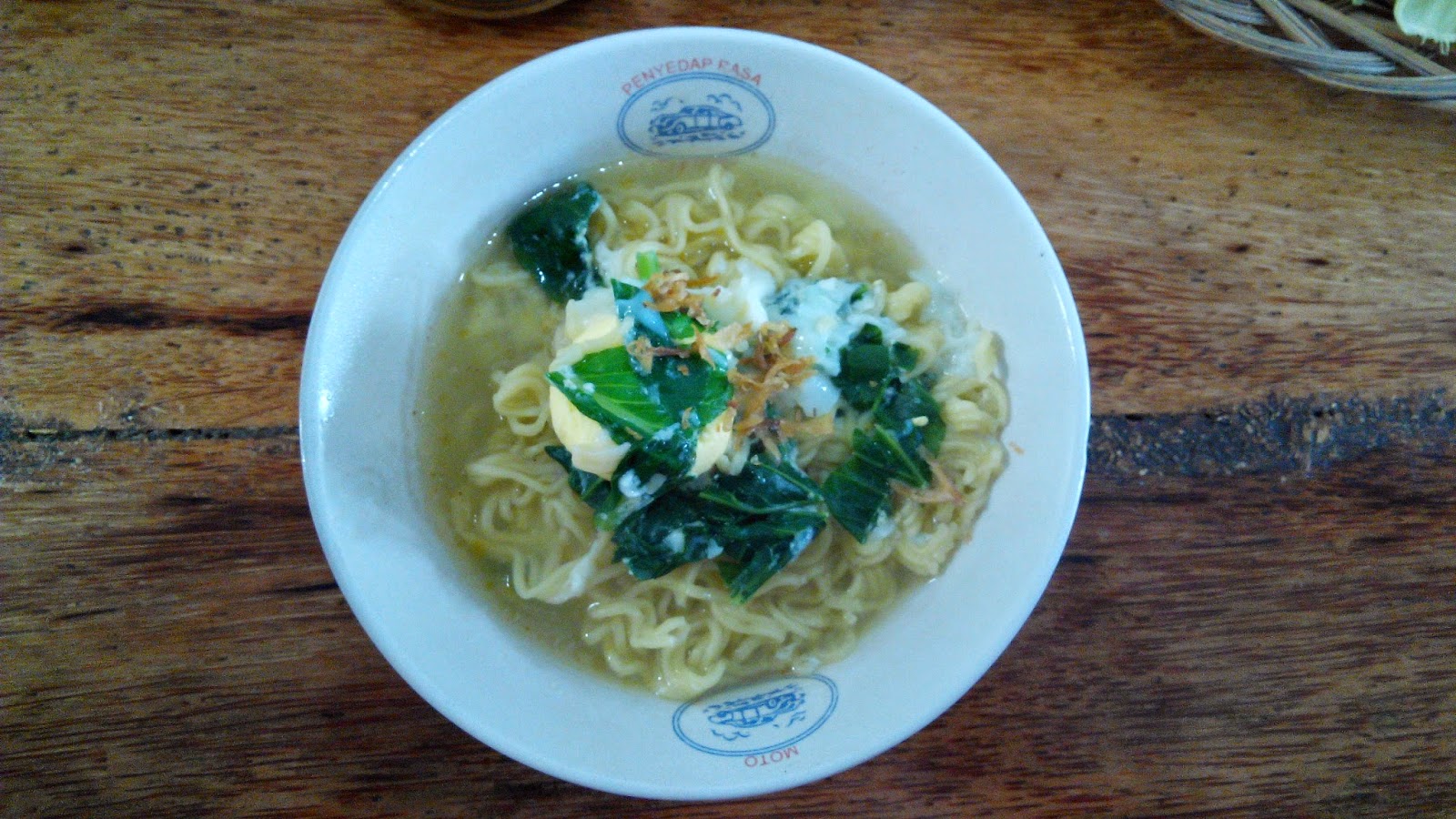 Eventually we ended up in a small eatery, enticed by the sweet smell of grilled corn and convinced by the endorsement of a young couple munching on one each. I ordered Indomie Telur, which was just instant noodles with egg but tasted so good in the cold weather.


Besides Kawah Putih at southern Bandung, another famous volcanic site is Tangkuban Perahu which is north of Bandung. It was a delightful climb in the cool air up the roughly cut steps to get a panoramic view. Along the way, there are vendors selling trinkets like wooden angklungs. The resonant notes gave a pleasant vibe to the market area amidst vendors touting their wares. 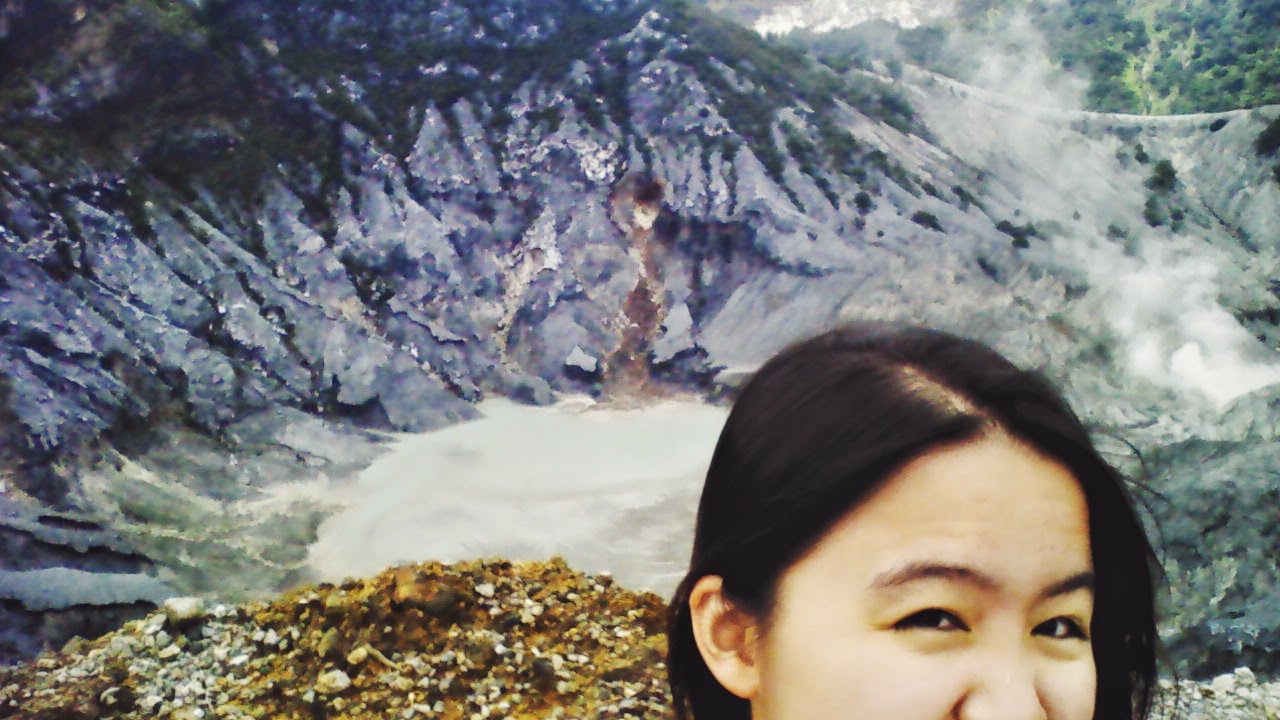 Earlier on, we were a bit miffed as Saifu had unexpectedly brought us to Sari Ater Hot Springs Park. This is a hot springs hotel and resort with numerous sites to soak your feet or take a hot bath. The previous day he had mentioned 'hot springs' and 'swimming' but we had assumed that this was at Tangkuban Perahu. Our rudimentary Malay did not allow us to clarify further. While this language barrier gave a sense of uncertainty as we sat inside the van not knowing whether we will end up at the 'correct' place, the surprises were largely quite pleasant. It was my first time soaking in geothermally heated water and I began to enjoy it after the initial shriek of surprise at how hot the water was. 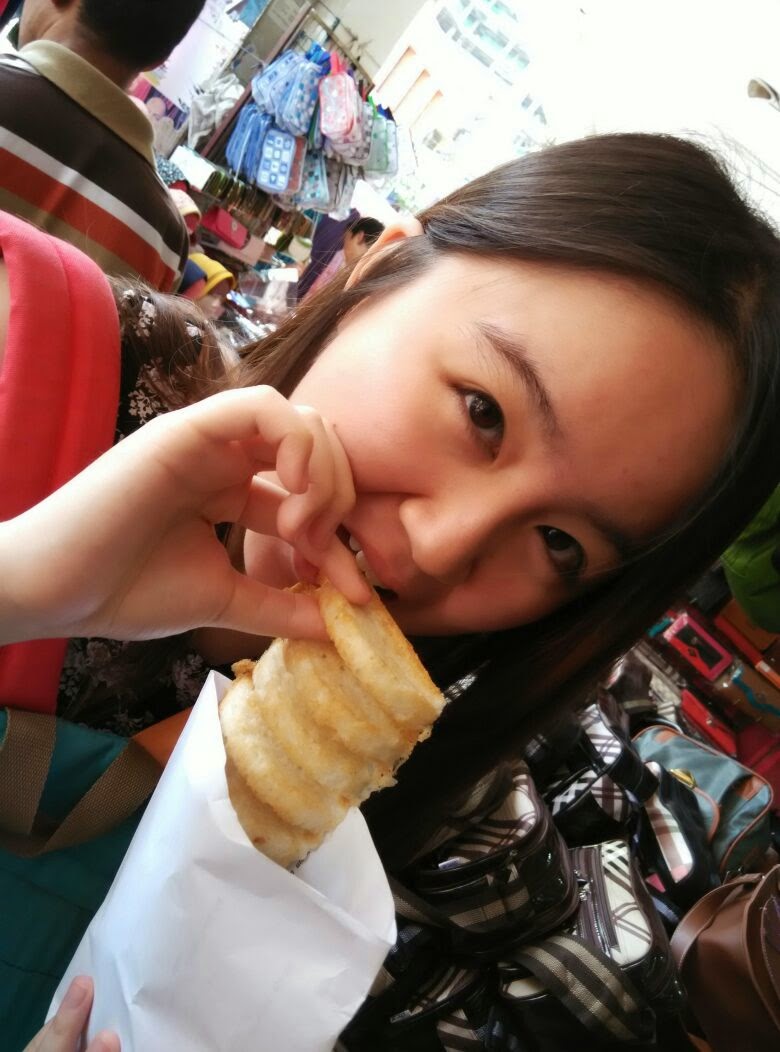 On the last day, we trooped to Parar Baru Trade Center, which is this 7-storey building selling textiles, bedsheets, clothes, bags at low prices. Be prepared to use your negotiation skills to get these though as the prices would usually be marked up for tourists. I bought a chic red windbreaker at around $8 SGD after some bargaining! Wandering out into the streets, we jostled through the people to find a store selling all sorts of keropok (deep fried crackers). Buying some of each type, we ended up with a luggage-full of those. Along the way, I saw a street hawker spreading a white batter onto a waffle-like griddle. They turned out to be coconut pancakes, not overly-sweet and filled with fresh coconut shreds.

Satisfied with our loot, we allowed Saifu to bring us to a museum (Museum Geologi) which turned out to have pretty interesting animal fossils. However other than those, we were left feeling rather bored as all the explanations were in Bahasa Indonesia and there was not much to see. 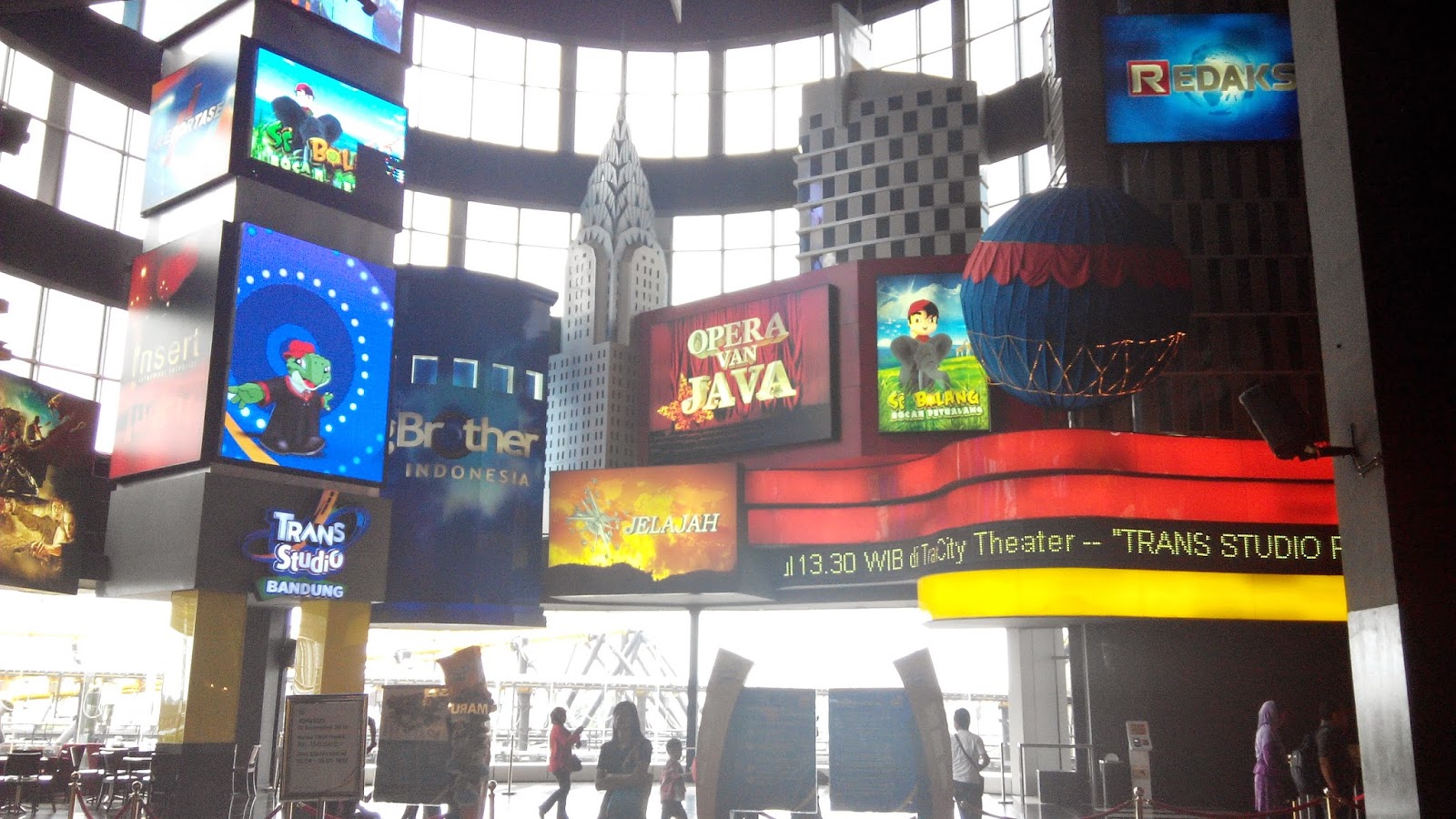 Apparently another tourist spot is Trans Studio Bandung, which we were not keen on going but went there for lunch anyway. It is a theme park which seems to mimic Universal Studios, but with local characters. Not their type of fun for the 3 oldies I was travelling with. 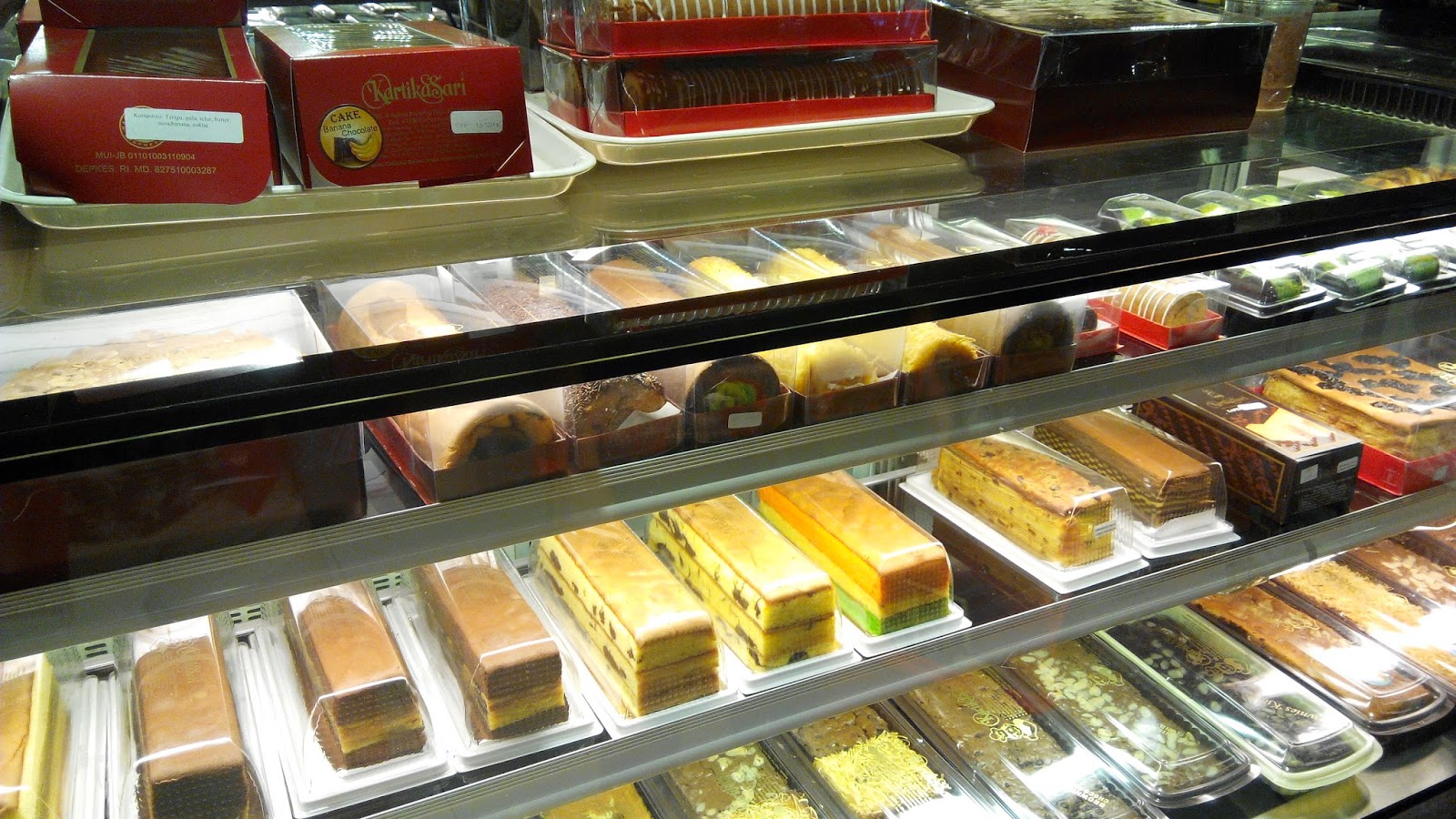 Our last major stop was Kartikasari,which is popular for their brownies. They sell other traditional confectionery like kueh lapis too. Prices are not exactly cheap but the kueh lapis is definitely cheaper over here than in Singapore. Our baskets filled up fast as we walked through the shop, naming people whom we wanted to gift.

We were initially worried that we would not be able to have breakfast before checking out, as we had to leave Aston Braga hotel at 7am. These worries were unfounded as the hotel staff cheerily told us that they would be able to pack breakfast for us if we really could not have it at the hotel. We booked a 3 bedroom suite, which was outfitted with a mini kitchen. Service was superb, and it is worth mentioning that the room service staff did not take our tips after the first day.

So we were back to the small airport, which was about 30 minutes away from our hotel. The amicable staff made up where the infrastructure was lacking. This pretty encapsulates what we felt at Bandung. The city is much less developed compared to Singapore, but the locals are warm and sincere, leaving us to say 'Jumpa lagi' (Meet again) to Saifu at the airport.

Anonymous said…
Love your travelogue! :) Its a nice read and you're a good writer in this aspect!
Thursday, December 18, 2014